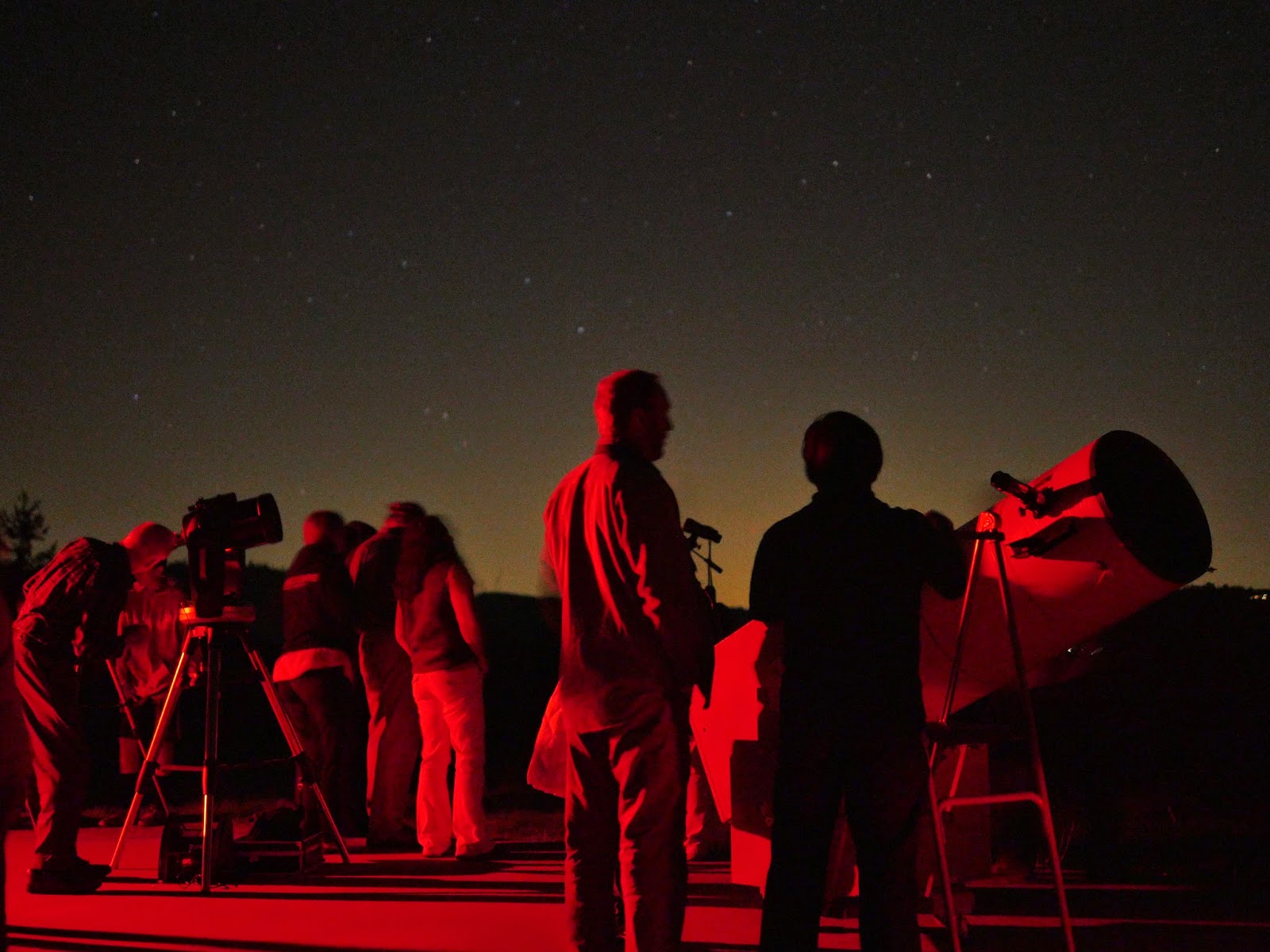 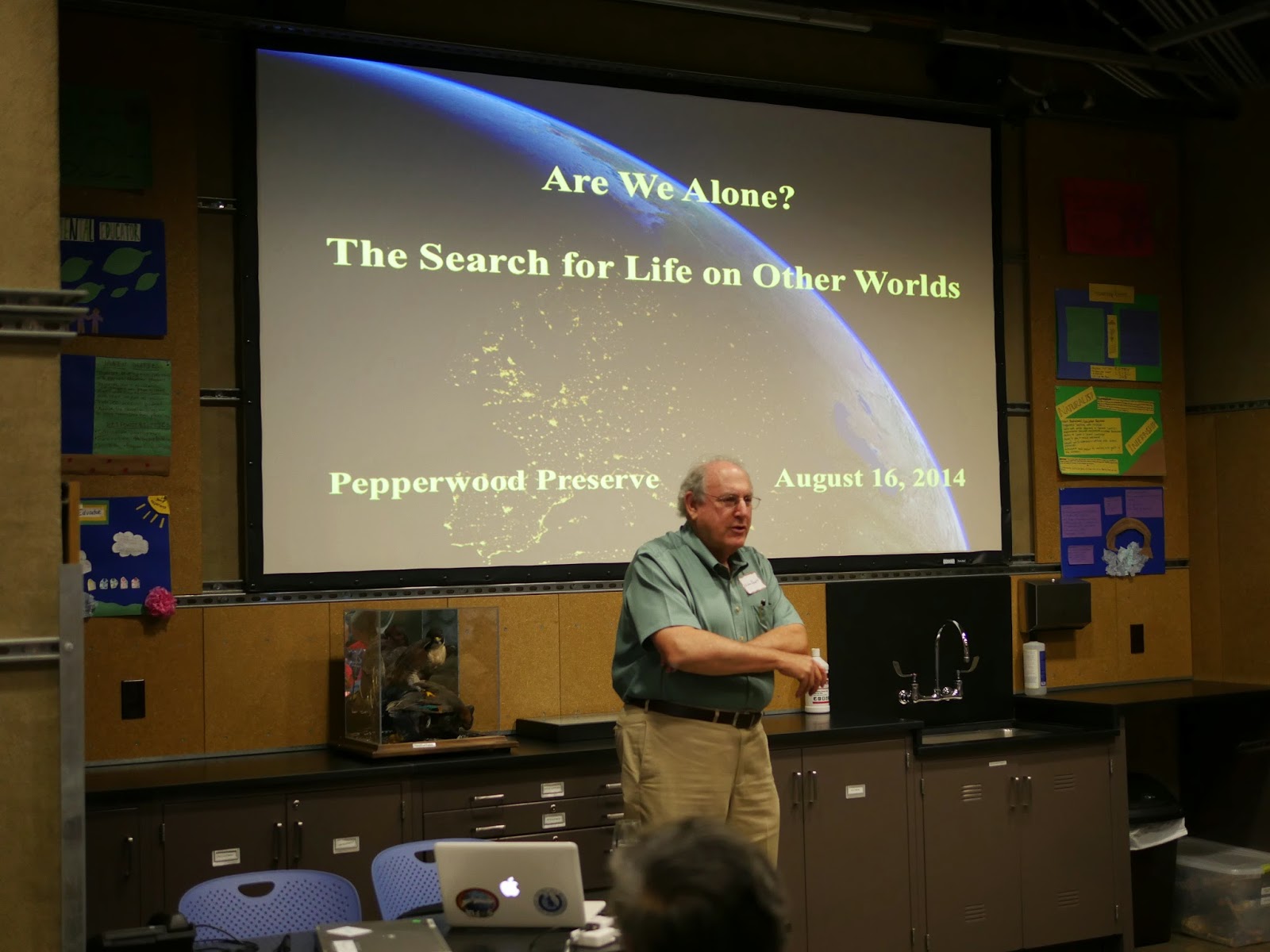 I climbed up the ladder next to one of the telescopes at Pepperwood’s Hume Observatory and peered through the lens. A stark, white ball with a ring glowed back. It looked like a flat piece of plastic pasted on black paper. Bogus, fake, phony. Other telescopes focused on Andromeda and other star clusters, but the image that struck me the most was the first – that cartoon-like view of Saturn.

Astronomer Michael Bennett, captivated by his first view of Saturn over half a century ago, said everyone he’s ever guided to a telescopic view of the ringed planet for the first time says the same thing: a clear view of Saturn doesn’t look real. After conjecturing about the possibility of finding other intelligent life elsewhere in the universe in a talk at the Dwight Center, Bennett, former executive director of the Astronomical Society of the Pacific, hosted 46 stargazers at Hume. Despite an air of joy and frivolity – with popcorn and chocolate cake served at a table near the telescopes ­– the members-only event was more than a party. It was a night of learning and appreciation, an opportunity to once again experience the awe that nature inspires. 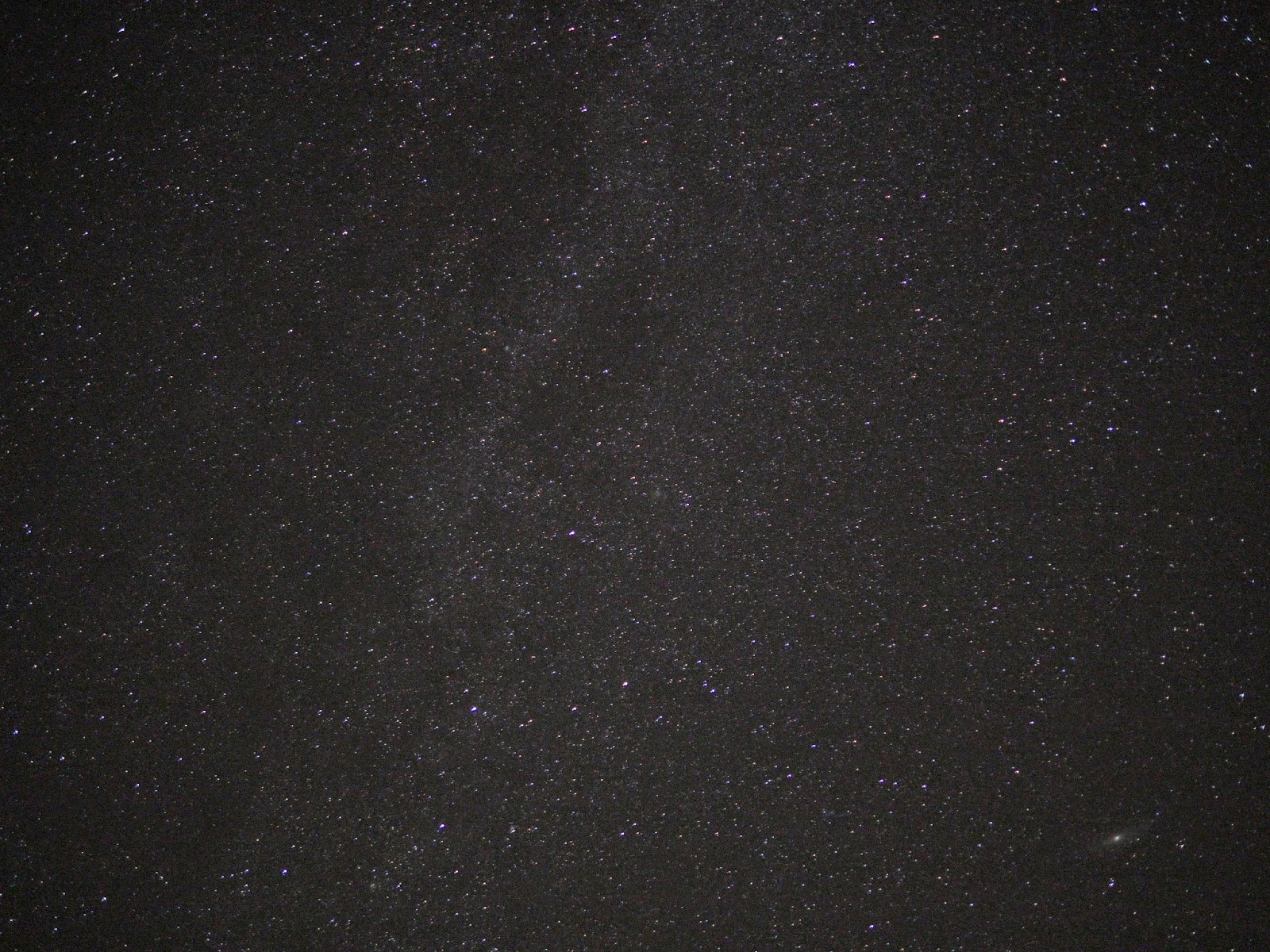 Bennett scheduled the event for a moonless night in mid-August, days after the peak of the Perseid meteor shower. Though we were warned not to expect any streaks of light, simultaneous sighs of admiration arose from the crowd at least three times as meteors burned by.

With or without meteors, I bask in the beauty of the night sky away from city lights. The vastness the universe astounds me. But when I think about what I’m looking at, I feel inadequate. I’m frustrated that I can’t identify constellations and I strain to see them even when someone points them out. The Big Dipper is the only one I can locate on my own.
A respected astronomer with bachelor's and master’s degrees in interdisciplinary physical science, Bennett agrees the constellations don’t look like what they supposedly represent. One exception might be Scorpio, he said. I saw the insect-shaped star formation as he traced a head, body, tail and pincher with a laser pointer. My confidence increased slightly.

Many people identify the constellation known as Cygnus, the Swan, as the Northern Cross. When Bennett pointed that out, I could see the cross, but not a swan. I failed to see other ancient mythological shapes he identified in the sky. 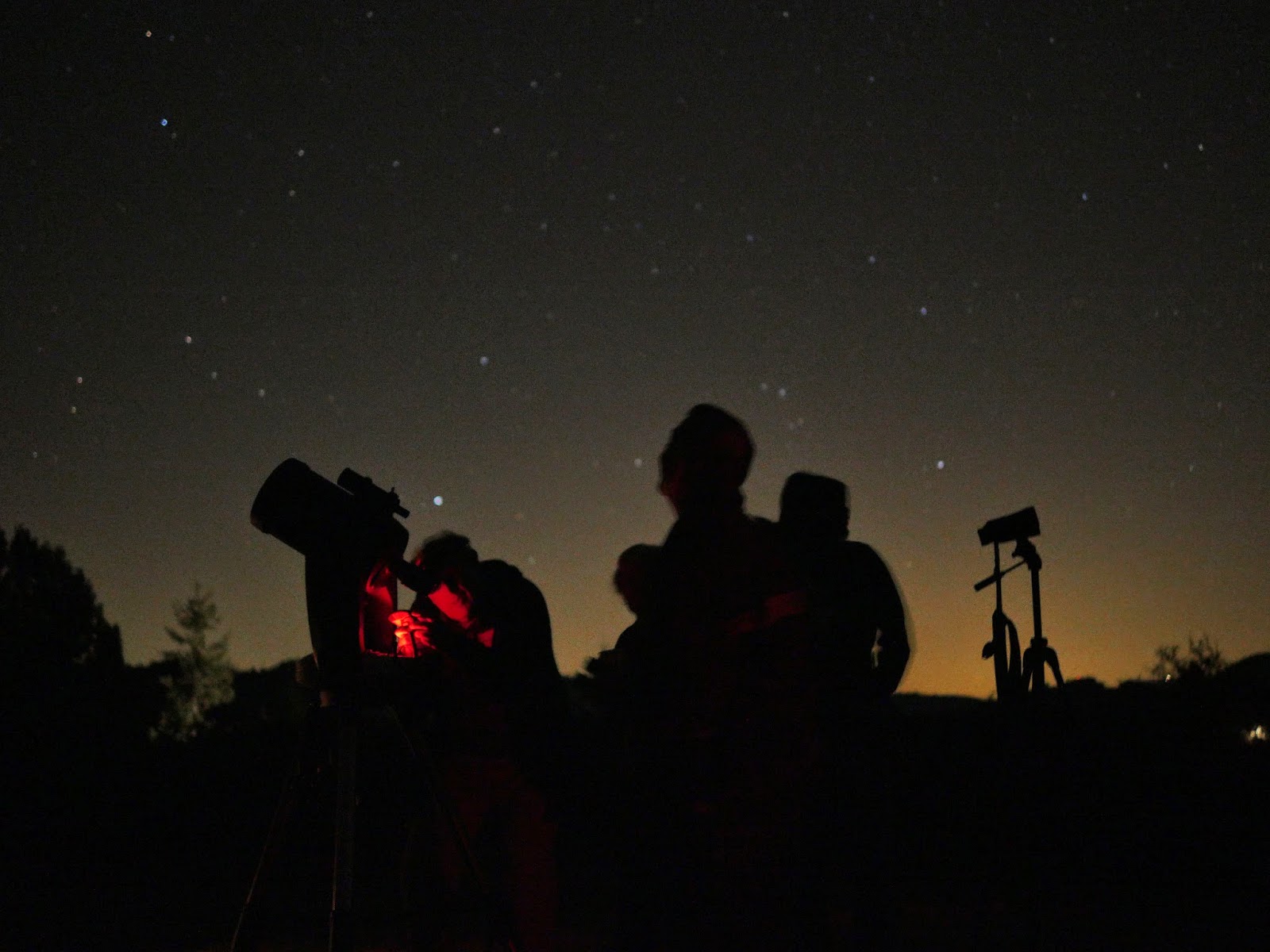 Before the event ended, the retired astronomer unknowingly bolstered my intellectual self worth by giving simpler descriptions of some constellations. He pointed his laser at the sky and traced a teapot where the ancients saw Sagittarius, the archer. He showed us Pegasus looked more like a baseball diamond than a horse. I found it easier to see those images in the starry sky, and it made me feel a little less stupid knowing that a real astronomer makes up his own names for groups of stars when he’s talking to ordinary people.


---
On Saturday, August 16, 2014, Pepperwood hosted an Evening of Stargazing event in appreciation of our Members who make our work possible. To learn more about Pepperwood Membership, please visit our website.

Email ThisBlogThis!Share to TwitterShare to FacebookShare to Pinterest
Labels: Community